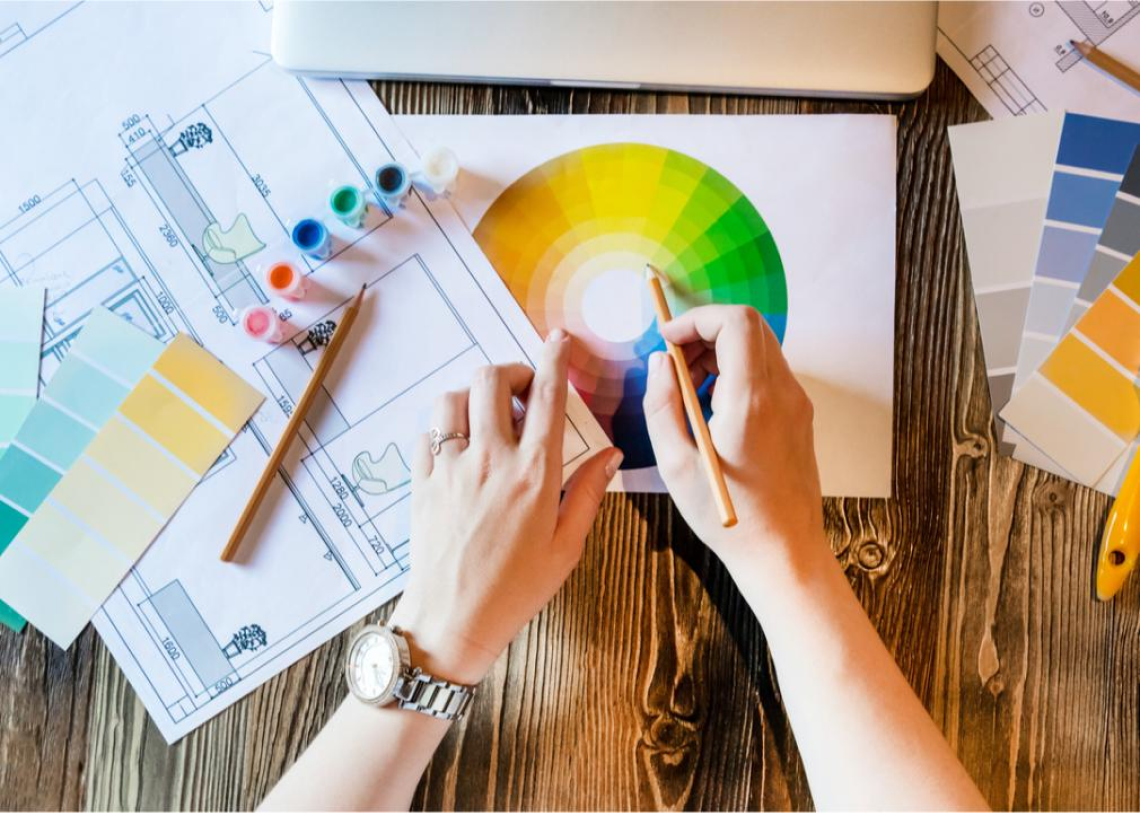 Assemble used data from the U.S. Census Bureau's Current Population Survey processed by IPUMS to break down how the gender wage gap has changed in 236 different industries. This story breaks down the top-10 industries that have made the most significant gains in closing the gender wage gap since 1995 and explores the different forces that have contributed to the shifts in each industry.

It’s no secret that in 2021, women are still being paid significantly less than men for equal work. The gender wage gap refers to the difference in pay earned between men and women. Men have historically earned more than women, though the gap has narrowed over the past several decades. It has not disappeared, however—in 2020, women on average earned 84% of what men earned.

This number, however, comes with several caveats. For one, the gap for younger female workers is smaller, coming in at around 93%. For another, the wage gap is significantly larger for most women of color. According to 2018 data, Black women earn an average of 62 cents of every dollar that men earn, while Latina women earn 52 cents, and Indigenous women earn 57 cents. It is also important to note that nearly all discussions of the gender wage gap fall prey to false notions of gender as binary. Collection of wage and employment data has historically sorted people into two essentializing categories—women and men—which limits nuanced understanding of how workers across the gender spectrum experience wage inequality.

While myriad factors contribute to the gender wage gap, including systemic gender and racial discrimination, caregiving obligations, and barriers to high-paying jobs for women, there are many steps that can be taken to narrow the gap. Some of these include raising the minimum wage, increasing the availability of flexible work hours, boosting transparency about wages within workplaces, and instituting a federal paid family leave program.

Assemble used data from the U.S. Census Bureau's Current Population Survey processed by IPUMS to break down how the gender wage gap has changed in 236 different industries. This story examines the top-10 industries that have made the most significant gains in closing the gender wage gap since 1995, and explores the different forces that have contributed to the shifts in each industry. Occupations were based on the IPUMS OCC1990 variable, which allows for direct comparisons between 1995 and 2021 data, and salaries were based on the IPUMS INCWAGE variable, which records pre-tax income from employment. Only occupations with more than 50,000 male and female workers in 2021 were included.

#10. Managers of medicine and health occupations

The gender pay gap is far reaching across the entirety of the medical and health care fields. Female doctors, both primary care physicians and specialists, make roughly $50,000 to $100,000 less annually than their male counterparts. Medical and health services managers, which include nursing home administrators, clinical managers in hospitals, and health care administrators, are no exception to this rule. Despite women dominating this field in terms of numbers, they comprise only about one third of executive teams and 13% of chief executive officers. It also takes women an average of three to five years longer to reach leadership positions than it does men. A 2018 report also found the significant racial pay gap remains for doctors, with white doctors making on average $319,000, compared to $303,000 for Latino doctors, $300,000 for Asian doctors, and $281,000 for Black doctors.

Despite women making up one-third of undergraduate economics students, they only comprise 14% of professors in PhD-granting departments. Across sectors where economists and market researchers are employed, including government offices, think tanks, NGOs, and universities, women are largely underrepresented in positions of power. A 2019 American Economic Association survey of economists revealed that nearly half of female respondents experienced gender-based discrimination in the profession. An Institute for Women’s Policy Research study specifically examined people of color’s experience in economics, finding women of color face the most negative experiences in the field, from unequal opportunities at the hiring stage to having less influence ​​in academic department decisions. The gender wage gap, as well as women’s underrepresentation in the field, can in part be attributed to antiquated perceptions of economics, matters of money, and math as “male” domains. However, as the gender gap in the economics field has come under scrutiny, organizations like the Women in Economics Initiative have formed to attempt to level the playing field through mentoring and spreading awareness.

Physical scientists include environmental scientists, physicists, chemists, astronomers, and Earth scientists. Like many science, technology, engineering and mathematics (STEM) fields, the physical sciences are historically male-dominated and, in the case of many institutions—including government agencies—keep women from the profession by sidestepping rules of hiring that were designed to create equity. A 2019 study from the American Journal of Sociology revealed that seven agencies—the National Institutes of Health, the Environmental Protection Agency, and the National Science Foundation, National Oceanic and Atmospheric Administration, the Department of Agriculture, the Centers for Disease Control and Prevention (CDC), and the Department of Energy—continue to pay women less than men for the same work, though the wage gap has decreased significantly over the last two decades. The persistence of these issues even within federal institutions suggests there is a long way to go before parity is achieved. Discrimination continues to be a problem for people of color in STEM, with a 2018 Pew Research study finding 44% of Asians, 42% of Hispanics, and 62% of Black people in STEM have experienced discrimination at work.

#7. Managers and specialists in marketing, advertising, and public relations

Marketing, advertising, and public relations are somewhat rare fields in that they are female-dominated in terms of participation. Women are fairly well-represented in leadership positions as well. According to LinkedIn, women account for 53% of director-level or higher positions and 59% of manager-level positions. The industry is not so representative when it comes to race. Black women in particular are severely underrepresented in leadership roles, comprising a mere 4% of chief marketing officers. This underrepresentation is reflective of the marketing and advertising industries as a whole, which have become known for their near-homogenous whiteness.

Financial managers include managers of bank and credit union branches, investment managers, comptrollers, and financial directors. While women dominate in the financial management sector overall, they predominantly hold entry-level positions. The gender gap increases significantly when looking at higher level positions within the industry, where only 27% of women are senior vice presidents.

The COVID-19 pandemic has shuttered brick-and-mortar storefronts and caused a mass exodus on the part of retail workers out of the industry. In April 2021 alone, roughly 650,000 retail workers left their jobs. This trend precedes the start of the pandemic, however. In 2017, women appeared to be getting pushed out of the retail sector while more opportunities were given to men. According to Institute for Women's Policy Research president Heidi Hartmann, men tend to dominate high-commission sales jobs, like furniture and appliances, which offer higher pay and more job security. Meanwhile, nearly 73% of cashiers are women, jobs which are typically low-wage and offer less security. And even among cashiers men make more on average than women.

The design industry includes interior, industrial, graphic, and fashion design services, and is valued at roughly $119.05 billion. Women dominate the design industry in terms of numbers—61% of today’s designers are women. The rate of female creative directors, however, has remained disproportionately low, despite making some gains. In 2008, female creative directors made up just 3% of all CDs. Today, the number is roughly 29%.

A number of organizations and collectives have formed over the past several years in response to the persisting gender wage gap in design, as well as the low number of women in leadership positions in the industry. Kerning the Gap and 3% were both founded to diversify leadership roles in the design world, offering mentorship to young designers, as well as other resources.

The gender wage gap in Hollywood has been a topic of much attention and scrutiny in recent years, as prominent actors have increasingly used their platforms to raise the issue. In her 2015 Oscar acceptance speech for her role in “Boyhood,” for example, Patricia Arquette called for equal pay for women. Octavia Spencer and Taraji P. Henson have also been outspoken advocates for closing Hollywood’s gender and racial pay gap, which is even larger for Black women and women of color than it is for white women.

Somewhat less public are the stark numbers on female directors, writers, producers, and cinematographers. According to the 2020 Celluloid Ceiling report, which has tracked women’s employment on the top grossing films for the last 22 years, women made up only 20% of these roles in 2019.

Sports is another industry in which the high-profile nature of being a professional athlete has enabled public scrutiny of the gender wage gap. In 2019, the U.S. Women’s Soccer team filed a suit against the U.S. Soccer Federation for gender discrimination, alleging that the men’s team received higher compensation despite its inferior performance. A judge dismissed the case in 2020, but the team filed an appeal in September of 2021, and the case is ongoing. Despite the uncertainty of the case, the issue of pay inequity has become a rallying cry for many fans, who chanted “Equal pay!” after the Women’s Soccer team’s 2019 World Cup victory in France.

The passage of the Equity in Athletics Disclosure Act (EADA) of 1994 also contributed to recognition of the wage gap in sports. The EADA is a federal law that requires colleges and universities to make gender equity information about their athletic programs available to the public. Mandatory information includes the average salaries of coaches and assistant coaches of different genders, scholarship amounts awarded to student athletes of different genders, and revenues for men’s and women’s teams. Information about individual schools can be located in this database.

Baking has long been gendered as “women’s work” and relegated to the category of “home-cooking,” which could account in part for its devaluation in restaurant kitchens. In an otherwise typically male-dominated industry, bakers and pastry chefs are predominantly women. Women comprise 85% of pastry and baking students at the Culinary Institute of America, though they make up 50% of enrollment overall. And 19 out of 20 semi-finalists for the 2018 James Beard Foundation Award for Outstanding Pastry Chef were women.

While more representation and an increasingly female-dominated field have likely contributed to closing the gender wage gap in the baking industry, female bakers and pastry chefs are still not receiving equal recognition for or valuation of their work as experts and artists in their field. Women still earn less than men, even though that difference is small. Representationally women still experience erasure in the profession. For instance, the Netflix series “Chef’s Table” sparked controversy in 2018 when its “Pastry” season, which featured four pastry chefs, only featured one woman. 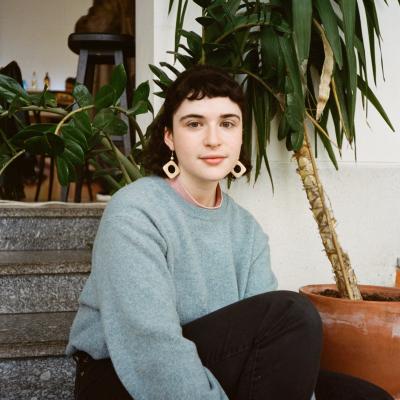 Eliza Siegel
Eliza Siegel is an interdisciplinary writer and artist based in New York. She holds a B.A. in American Studies from Barnard College of Columbia University. Most days, they can be found writing political satire, whipping up a mean risotto, or creating fiber art pieces. Her work can be found in The Rational, Hudson Valley One, Voices and Visions Literary Journal, New York's Best Emerging Poets: An Anthology, and more. 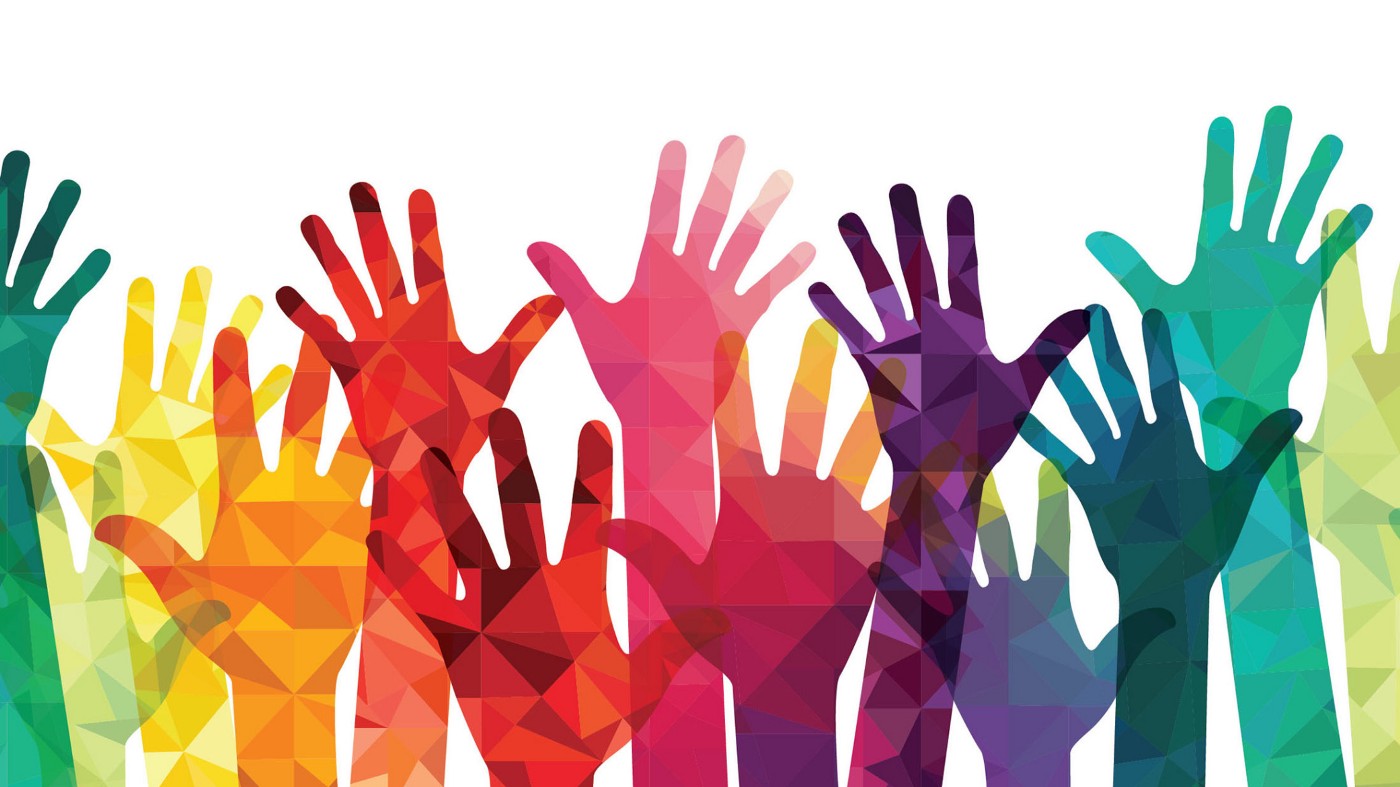 5 Diversity Strategies for the Workplace

While there is a lot of focus on diversity hiring right now, a complete and comprehensive diversity, equity, and inclusion (DE&I) strategy extends far beyond recruiting.