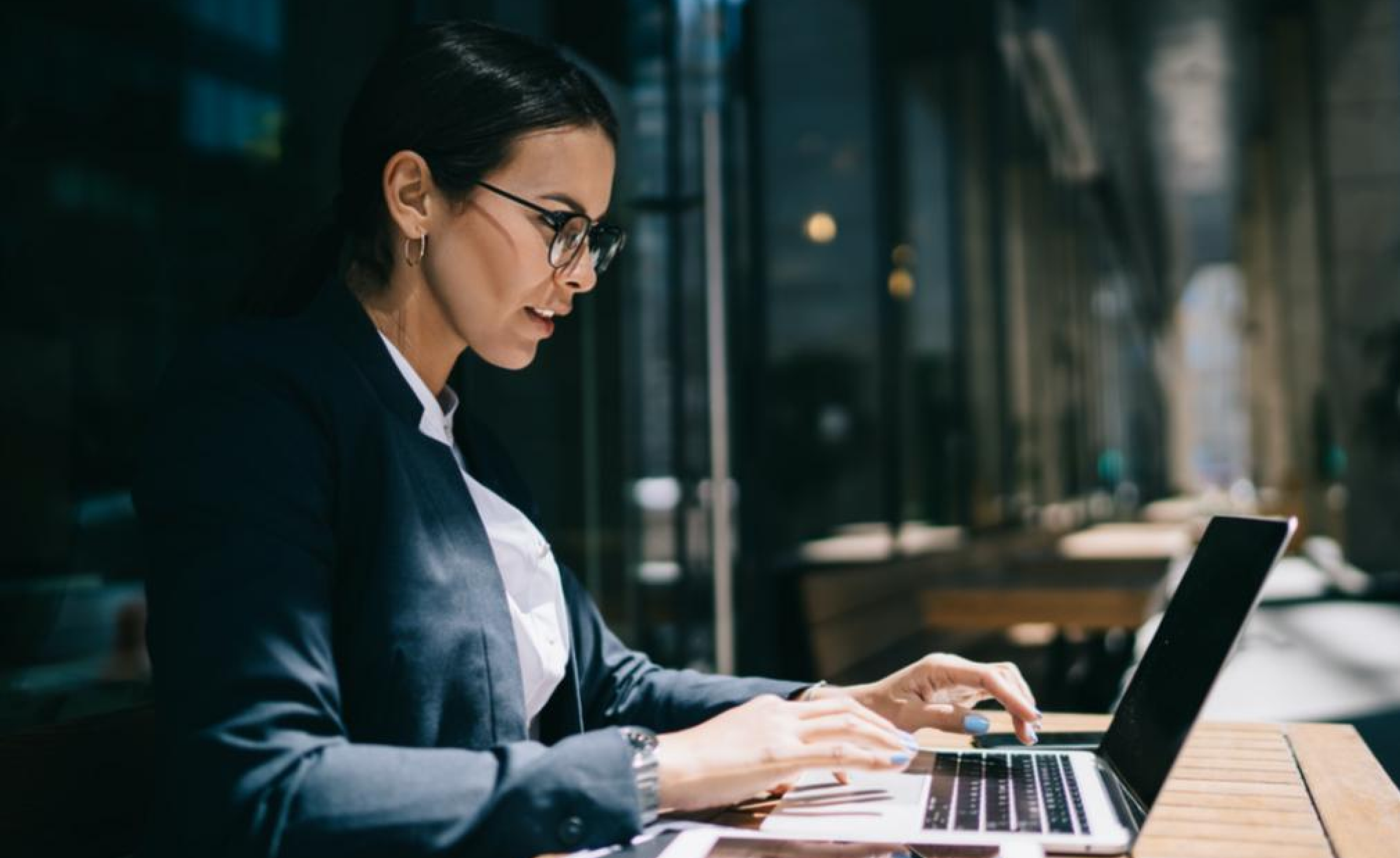 Women have long received unequal pay and unequal treatment in the American workplace, trailing men in terms of wages, overtime, opportunities, and promotions. The persistence of the gender pay gap is attributed by experts to an array of factors, including how we attribute value to jobs held by women, gender discrimination, and what's known as the “motherhood penalty.” Compensation platform Assemble reviewed the evolution of the gender wage gap in the U.S. since 1980 by analyzing data from the Bureau of Labor Statistics (BLS). Annual percentages are calculated with the median weekly earnings of full-time wage and salary workers.

Despite the Equal Pay Act of 1963, which federally mandated equal pay for men and women, the average woman in 2021 make 82 cents to every man’s dollar—a gap that widens for women of color. Jobs that employ primarily women, no matter how integral these roles are—think teachers, child care workers, and health care workers—are statistically less valued and pay less. This proves out even when women become dominant in previously male-dominated professions: Wages for designers fell as more positions were held by women; meanwhile, when men enter fields dominated by women, men's wages are statistically higher for the same work.

Women also contend with gender discrimination on the job, which contributes to the gender wage gap in a variety of ways. In a 2017 Pew Research Center survey, about four in 10 working women (42%) reported experiencing gender discrimination at work, compared with about two in 10 men (22%). Women are frequently paid less than men for the same work, denied promotions, and not given the same benefits like bonuses or stock options. In corporate settings, women are routinely kept out of top positions with the “glass ceiling.” But gender discrimination can also be found in the harder-to-quantify experiences of girls and women who are discouraged from entering high-salary fields—and once in their industries, discouraged from pursuing managerial or other top positions that would result in salary hikes.

Those who pause their careers to become parents experience the “motherhood penalty,” with average earnings dropping after having a child and further diminishing or each additional child—something that men do not experience. There is even some evidence that the pay gap between mothers and fathers is growing, with men’s salaries rising when they become fathers.

Keep reading to learn more about how the gender wage gap has changed over the last four decades.

The BLS in 1979 began gathering information on the gender wage gap, bringing hard numbers to an issue that persisted despite the passage of the Equal Pay Act more than 15 years earlier.

In 1980, for the first time in America, women joined the labor force in higher numbers than men. Because of this increase in labor participation, the '80s represented the fastest-growing convergence in wages for women compared to men, with slower increases in the ’90s and beyond.

Backlash to gains coming out of the women’s rights movement of the 1970s continued to be felt, especially in pushback to abortion rights. In 1989, the Supreme Court affirmed the right of states to deny public funding for abortions and to prohibit publically funded hospitals from performing abortions in its ruling in Webster v. Reproductive Health Services. The ability to get an abortion plays a critical part in women’s economic security: A 2015 study by the National Women’s Law Center found states restricting abortion are frequently the same states with the highest gender wage gaps in the nation.

While the wage gap narrowed more in the 1990s, it was a much slower closing than that of the 1980s. The 1990s saw a rise in awareness of some of the issues plaguing women in the workplace. In 1991, lawyer Anita Hill helped shine a spotlight on workplace sexual harassment, appearing before the U.S. Senate to describe her experiences working for Clarence Thomas, then a nominee to the U.S. Supreme Court. Hill had worked as an aide to Thomas at the Equal Employment Opportunity Commission (EEOC), an ironic circumstance considering the EEOC is the federal outfit tasked with addressing gender discrimination, among other forms of discrimination, in the workplace.

A year later, a record number of women—47—were elected to the House of Representatives, 24 of them for the first time. Four women joined the existing two women in the Senate, bringing that total to six. Because of this, 1992 was retroactively called “The Year of the Woman.” Research demonstrates how this matters, as female lawmakers introduce more legislation that benefits women. One study of Congressional activity in the ’90s showed that women who leaned liberal co-sponsored an average of 10.6 bills around women’s health, which was an average of 5.3 more than their libreal-leaning male counterparts.

In 1995, research found that nearly half of married women said they earned at least half, if not more, of their family’s total income. Earnings by married women working full time throughout 1993 had contributed a median of 41% of the family's income, according to the BLS. Yet, in Time’s Allison Yarrow’s words, “​​Parity, it turned out, was a paradox: The more women assumed power, the more power was taken from them.” She points to the rise of a toxic objectification and treatment of women that coincided with a rise in their visibility and power, highlighting the idea, easy to see in the ’90s, that the more women gain power, the greater the backlash to that power.

Examples of increased female visibility are numerous. In 1995, a woman named Shannon Faulkner won a lengthy legal battle that allowed her to become the first woman cadet at the all-male Citadel military academy. She entered weathering scorn and death threats, accompanied by U.S. marshals, and left the academy a week later. The Ivy League got its first woman president in 1994 when the University of Pennsylvania named Judith Rodin to the post. At the time, fewer than one in eight presidents at the nation’s 3,200 colleges were women. The U.S. got its first woman secretary of state, Madeleine Albright, in 1997.

The gap narrowed only very slightly from the late ’90s to the early ’00s. While the economy continued to grow, that growth did not translate to better wages for most workers—men and women both. The Economic Policy Institute’s analysis of Census Bureau data from 2000-2016 shows that despite productivity growing by almost 23%, wages stagnated. The report points out that white women had the strongest median wage growth but still saw their wages “grow less than half as fast as productivity.” These findings highlight the intertwining relationship between the gender wage gap, overall wage stagnation, and economic growth being captured by the top 1%.

In a significant class-action ruling in 2000, CBS Broadcasting agreed to pay $8 million to more than 200 women technicians at television stations nationwide, settling claims that they were harassed and passed over for assignments and promotions. The settlement also called for CBS to provide detailed reports of promotions, assignments, and overtime for several years to legal and government overseers. That same year, the nation got its first Black woman as national security adviser, Condoleezza Rice, who was nominated by President George W. Bush. Five years later, she was named secretary of state—another first for a Black woman.

Congress in 2009 passed the Lilly Ledbetter Fair Pay Restoration Act, which allows victims of pay discrimination to seek redress from their employer within 180 days from when a discriminatory paycheck is issued. The law was based on the case of Ledbetter, who worked at a Goodyear tire factory for 19 years before learning she was paid less than men in her same position. Her case went all the way to the U.S. Supreme Court, which ruled she should have filed her legal complaint within 180 days of getting her first unequal pay. Justice Ruth Bader Ginsburg wrote a widely cited dissent. In response, Congress passed the Lilly Ledbetter Fair Pay Restoration Act, attaching the 180 window to every problematic paycheck, instead of just the first. This means that when women find out after months or years that they’ve been receiving lower pay than a man for the same work, they can file suit with the Equal Employment Opportunity Commission.

The Paycheck Fairness Act, aimed at giving women more tools to fight against entrenched wage discrimination, originated in 1997 and has been introduced to Congress many times since, each time failing to become a law. In 2010 and 2011 Republicans in the Senate united to stop the bill from progressing and blocked it again in 2014. After coming up repeatedly since, the measure was defeated by a Republican filibuster in June 2021. It limits differences in pay to specific factors, prohibits retaliation, restricts employer efforts to stop employees from disclosing wage and income information, puts the burden on employers to justify unequal pay, and allows for suing employers for damages of wage discrimination.

In 2016, former First Lady and Secretary of State Hillary Rodham Clinton became the first woman to be nominated for U.S. president by a major party. While women had been making gains in political representation. In January 2017, Catherine Cortez Masto, a Democrat from Nevada, became the first Latina woman to serve in the Senate. And when the House of Representatives convened in 2019, it held 101 congresswomen—the most that had ever served.

The rise of the #MeToo movement—started by Tarana Burke in 2006 and gaining widespread recognition in 2017 as multiple women described accused now-convicted sex offender Harvey Weinstein of harassment and assault—resulted in renewed calls for policy and business initiatives to tackle issues affecting women, including the gender wage gap. One study in 2018 found that 48% of companies said they were reviewing their pay policies.

The COVID-19 pandemic that began in early 2020 was devastating for women in America. More than 2.3 million women left the labor force between February 2020 and February 2021, compared with fewer than 1.8 million men. When the Labor Department released figures for December 2020, it revealed a shocking statistic: 100% of the jobs lost were held by women. Women’s participation in the U.S. labor force hit a 33-year low at the start of 2021.

Even after the economy started to recover, millions of women are still out of the labor force. Experts say women were disproportionately affected by the domestic responsibilities associated with the pandemic, such as child care when schools and daycare closed, caring for other family members, and overseeing remote schooling. Additionally, women—especially women of color—tended more than men to have jobs in fields such as retail, hospitality, and leisure that were hardest hit by the pandemic lockdown and economic slowdowns.

The Institute for Women’s Policy Research points to the sobering reason the wage gap appeared to close slightly during the pandemic: So many of the nation’s lowest-paid women lost their jobs that their low wages are no longer being included in the tallying of women’s earnings, resulting in what appears to look like a higher earning average for women. 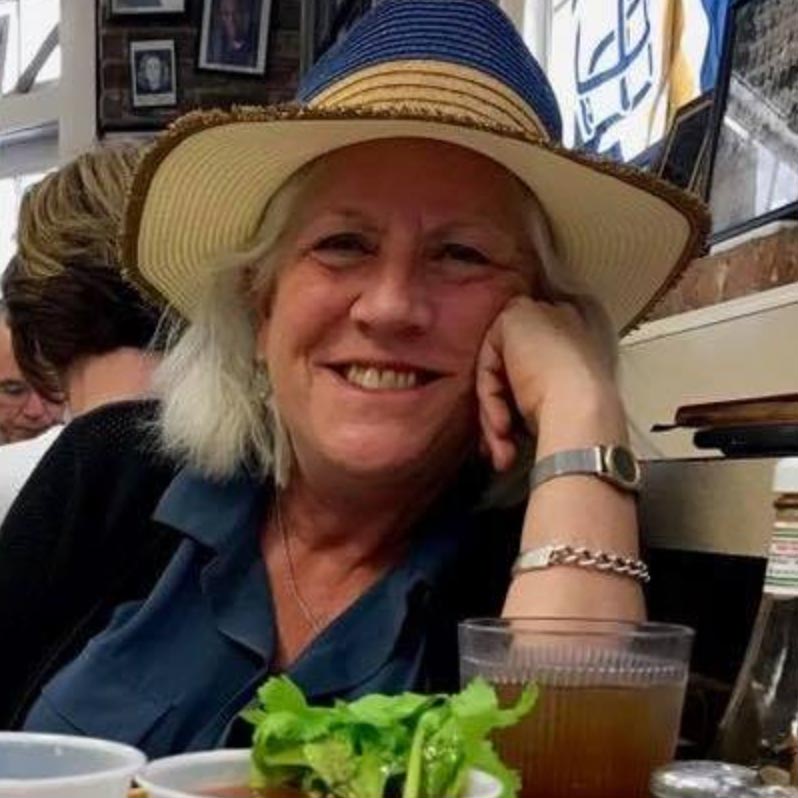 Ellen Wulfhorst
Ellen Wulfhorst is a freelance writer and editor in New York, where her clients include news organizations, advocacy groups, political campaigns, and corporate communications departments. She is the former chief correspondent, Americas for the Thomson Reuters Foundation, where she oversaw news coverage in North, Central, and South America and at the United Nations. Prior to that, she was a national correspondent for Reuters General News, sub-editor at the Reuters Business Report, and a writer at CNN. She has won several awards and honors including grants from the United Nations Foundation and the International Women’s Media Foundation, and she is a graduate of Columbia University and Cornell University.