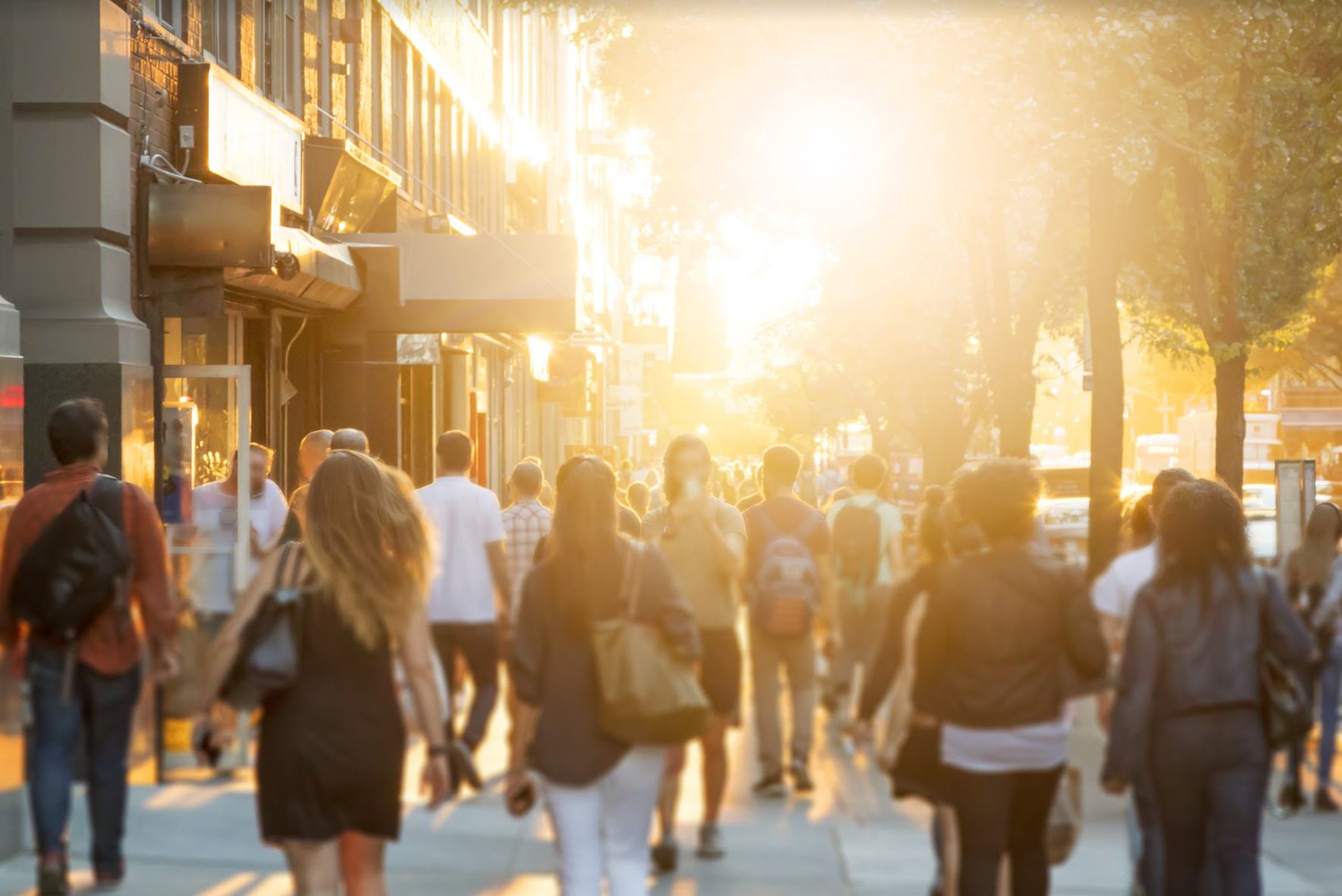 Cities Where Your Dollar Goes the Furthest

Finding the right place to live where your dollar goes furthest can mean the difference between scraping by or being able to enjoy the fruits of your labor.

The length of a commute, how much fuel costs, and the price of groceries are just some of the ways to judge how far that dollar will stretch. And the cost of buying or renting a home is paramount. Job opportunities matter, as well: Many of the most economical places to live are those that have successfully lured and nurtured vibrant young startups and tech businesses.

The COVID-19 pandemic changed nearly every aspect of our lives, including where we choose to live. The option of remote work has expanded job horizons, putting into play many places that once were out of the question entirely. Some cities like Tulsa, Oklahoma, are even offering lucrative cash incentives to draw remote workers.

To find the cities where your dollar goes the furthest, Assemble analyzed the Bureau of Economic Analysis’s 2019 Regional Price Parity (RPP) index, released in December 2020. The Regional Price Parity index measures the differences in price levels across metropolitan areas for a given year, expressed as a percentage of the overall national price level. For this ranking, Assemble ranked metropolitan areas by the “all items RPP,” which covers all consumption goods and services, including housing rents.

The cost of living is low in Fayetteville, at 16.4% less than the national average. Commutes are short, averaging a mere 22 minutes, and North Carolina’s state income tax is low at 5.25%. One big draw to Fayetteville is Fort Bragg, the nation’s biggest U.S. Army base by population with more than half a million active-duty soldiers as well as more than 120,000 retirees and family members. The military base itself has nearly three dozen restaurants, 11 churches, and two golf courses.

Southeastern Tennessee’s Chattanooga invested $120 million in a revitalization of its riverfront that was finished in 2005, and it was the first city in the nation to build a citywide gigabyte network that provides inexpensive and lightning-fast internet access. Combined with efforts by local government and businesses, its tech infrastructure has made Chattanooga a growing home to entrepreneurs, startups, and tech companies. The city’s downtown is spirited, with small businesses and residential life, and the art scene is lively and growing.

Located between North Carolina’s mountains in one direction and its scenic ocean beaches in the other, Winston-Salem draws a sizable crowd of people to attend its schools. The area is home to top-ranked public and private institutions including Wake Forest University, Salem College, Winston-Salem State University, and the University of North Carolina School of the Arts. The city’s cost of living comes in at 32% less than the national average, grocery prices also are relatively low, and it’s ranked in the state as the cheapest locale for retirees by Uphomes.

The Tulsa Remote program offers $10,000 to adult applicants willing to move to the northeastern Oklahoma city in the next year for 12 consecutive months. The program requires applicants have full-time remote employment or be self-employed outside of the state. At $157,200, the median home price in Tulsa is 43% below the national average. The city has a thriving arts district as well as urban parkland, green spaces, and a new 66-acre riverfront park called the Gathering Place.

Situated on the banks of the Tennessee River, Knoxville is just a stone’s throw from the Great Smoky Mountains National Park, the nation’s most popular national preserve, according to National Parks System data. The Knoxville area is home to 23 institutions of higher learning, including the main campus of the University of Tennessee. Costs are low for housing, utilities, and health care, and the average property tax rate is about 0.7%, well below the national average of more than 1.2%.

Birmingham was once a steel-forging center, and it is rich in civil rights history. More recently, the city has invested in neighborhood revitalization, and one of its newest attractions is a fresh produce market downtown.

In June 2020, Landing, a company that runs a nationwide membership-based network of furnished apartments, announced it was moving its headquarters to Birmingham from San Francisco. The move will bring 816 new full-time jobs. The city and state governments have designed incentive packages to attract businesses, and officials expect moves like Landing’s to bring in more companies, especially tech-based groups, in its wake. PNC Bank also recently said it would establish a Birmingham Technology Center to build up its presence in the area.

The Northwest Arkansas Council, which covers the cities of Fayetteville, Springdale, and Rogers has invested more than $1 million to attract talented workers to the region. With the support of the Walton Family Foundation, the Life Works Here initiative offers $10,000 cash grants—and a bicycle—as incentives to move to the region. The plan was to help fill more than 10,000 job openings, targeting remote workers, especially in science, technology, engineering, arts, and mathematics (STEAM) jobs. The region boasts seven times the national average of headquarters and management employees and along with being home to Fortune 500 companies, it wins high marks for its support and climate for minority entrepreneurs.

Wichita is a five-county metropolitan area, where about half the population lives within the city’s official limits. Rent and urban congestion are both low. The average one-way commute of about 19 minutes is about a quarter of the nationwide average. The city is a center for top health care, with specialty clinics and hospitals that specialize in stroke, cardiac and spinal care.

El Paso has been recognized for having one of the lowest costs of living among U.S. cities, along with a low crime rate. The state of Texas has no income tax, and El Paso offers a First Time Homebuyer program with loans at interest rates from 0% to 3% as well as principal reduction subsidies and forgivable loans for down payments and closing costs.

Not only do dozens of Fortune 500 businesses have offices in El Paso, but the city is home to the U.S. Army’s Tank Division at Fort Bliss, the William Beaumont Army Medical Center, and the University of Texas at El Paso. The local economy has struggled as trade traffic on international bridges to Mexico is operating at less than a third of pre-pandemic levels.

Mississippi’s capital city of Jackson has had a consistent and diverse job market, with employment opportunities with the state government, hospital systems, manufacturing hubs, and aerospace and telecommunications companies. The area has two historically Black colleges—Jackson State University and Tougaloo College—as well as Millsaps College, Belhaven University, the University of Mississippi Medical Center, and community colleges. The nearby 3,000-acre Barnett Reservoir provides the area’s water supply as well as outdoor recreation options.

The cost of living in Little Rock is low—for added perspective, it is more than 40% less than in New York City, according to local statistics. The median sale price of a home is $131,837, less than half of the national median. With mortgage rates below 3%, the average homeowner in Arkansas who put 20% down pays a monthly sum of principal and interest amounting to just $445. The local costs of health care, food, and utilities also fall below national averages.

The densely urban city of Dayton gets high ranks for livability and for its cost of living, with the average prices of housing, groceries, transportation, and groceries on the low side. A major source of employment is the Wright-Patterson Air Force Base, along with government-funded research installations like the Air Force Research Laboratory. The city struggles with high crime and poverty rates, however.

At one time an industrial powerhouse fueled by manufacturing for the automotive and glass industries, Toledo in contemporary times has more jobs in health care, energy, education, and green startups. The city enjoys a low cost of living, and it is conveniently located near Detroit and Chicago. But its overall wages tend to be low, and its poverty rate is higher than in the rest of the state. Its property and sales taxes are on average with the rest of Ohio, although the income tax for those who live or work in Toledo is 2.5%.

Youngstown is an affordable metro area, with a low cost of living and reasonable housing costs. As manufacturing opportunities have fallen off, more jobs have arisen in education at Youngstown State University and in the Mercy Health and Steward Health Care medical systems. The Youngstown Business Incubator helps encourage growth, startups, and entrepreneurship in the tech sector. Youngstown also has nurtured a cultural and economic renaissance with efforts to revitalize its downtown and various urban neighborhoods.

The border towns of McAllen, Edinburg, and Mission draw crowds of Texans each winter who seek out its mild seasons and help buoy the region’s economy. People who live in the border region spend far less than the national average on their housing, transportation, food, and health care. The local population tends to be young, bilingual, and bicultural thanks to the region’s proximity and close ties to Mexico. The area’s low crime rates and cost of living have attracted new residents, and more than 100 Fortune 500 companies have some sort of local operation underway. 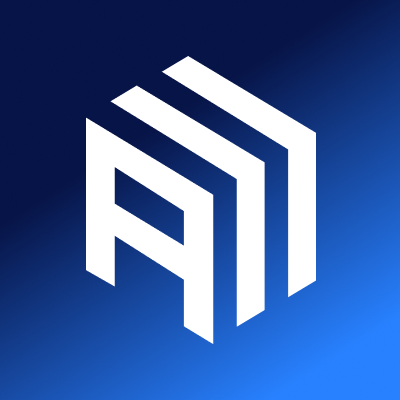 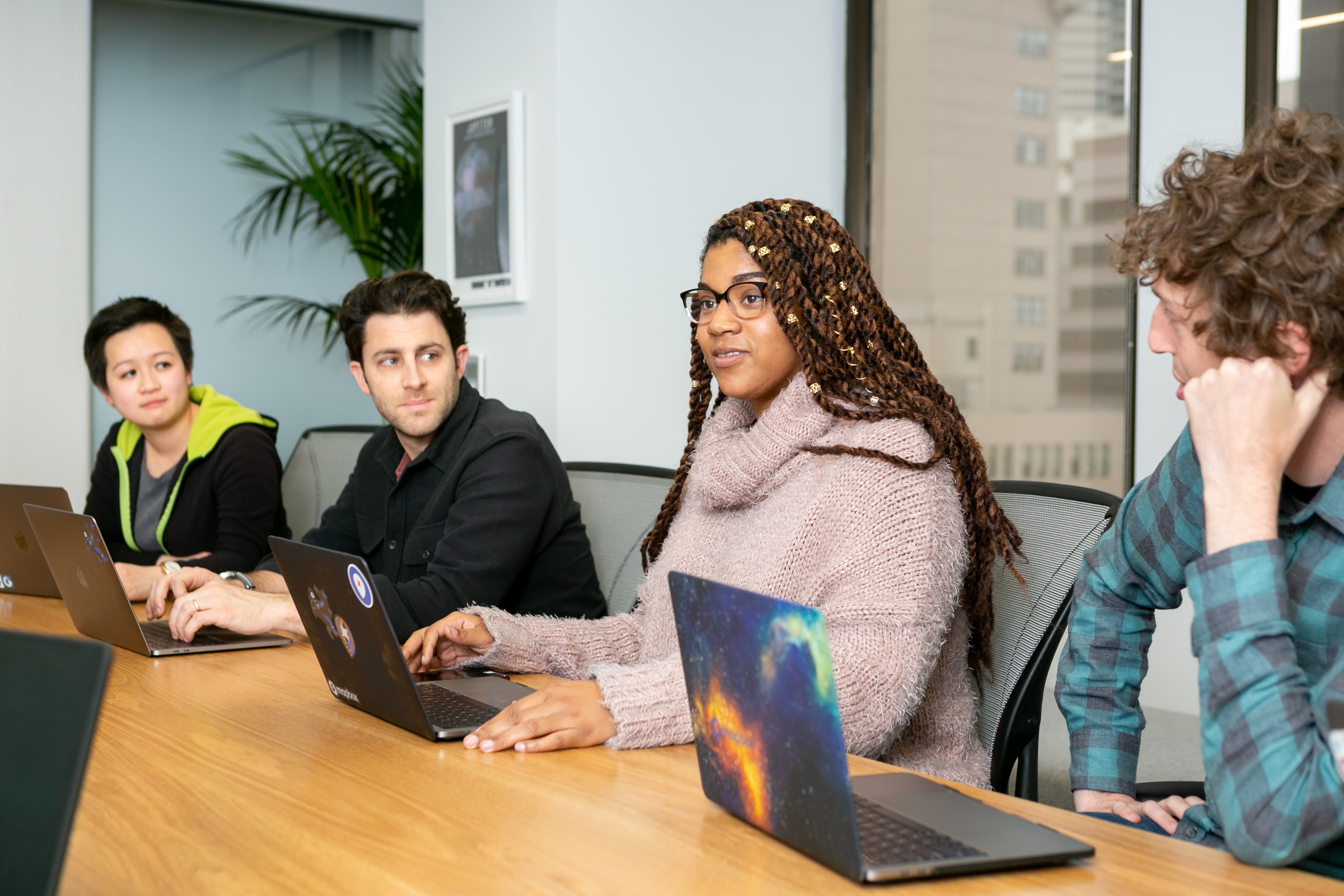 For years, people spoke of the inevitable emergence of remote work. But it wasn't until 2020 that the majority of the world actually turned to distributed work as a necessary response to the global pandemic. 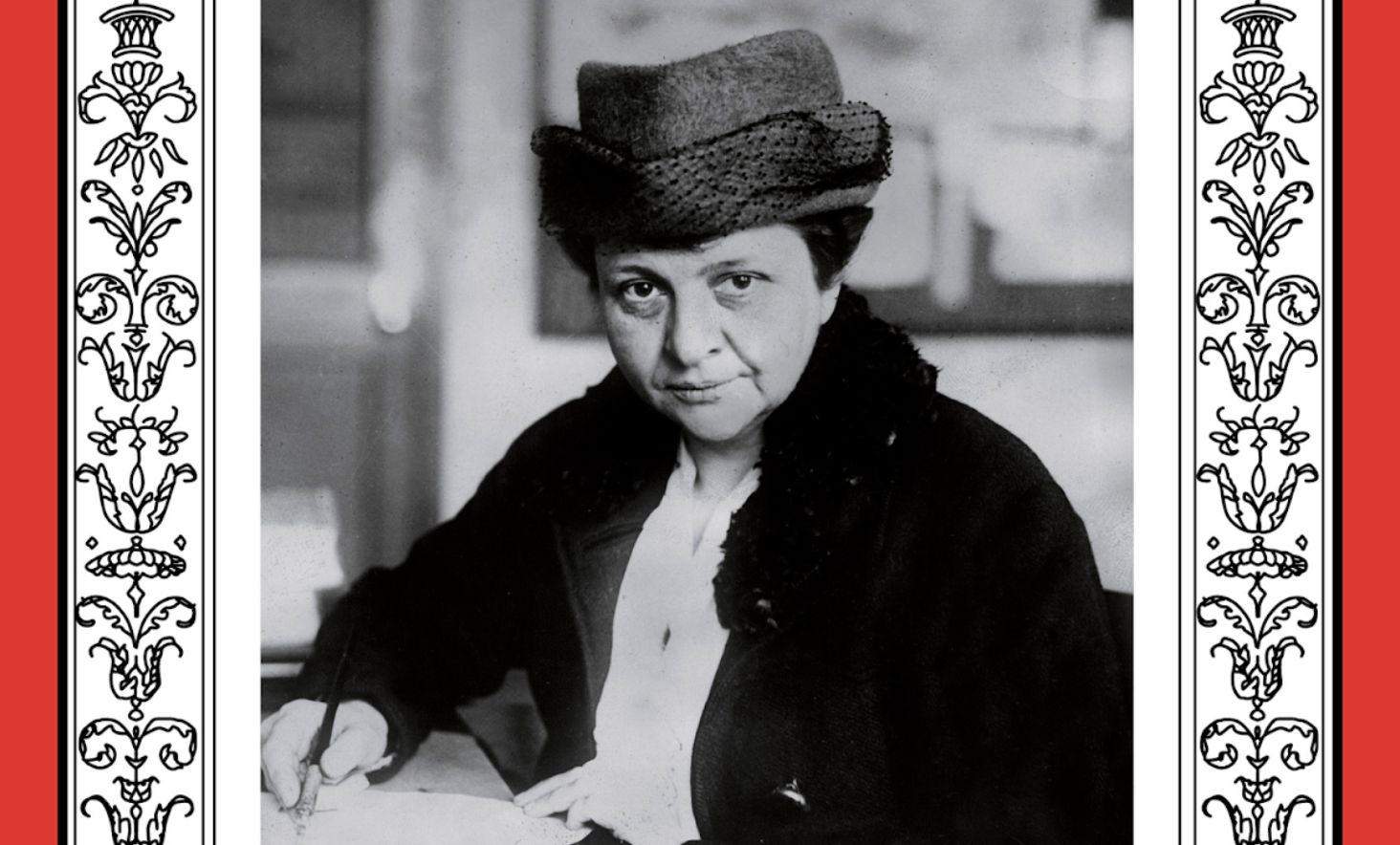 Have you’ve ever worried about working more than 40-hours a week without overtime? Getting injured on the job without worker’s compensation to pay for your recovery? Being paid below minimum wage Having a child as your coworker? Paying into social security? 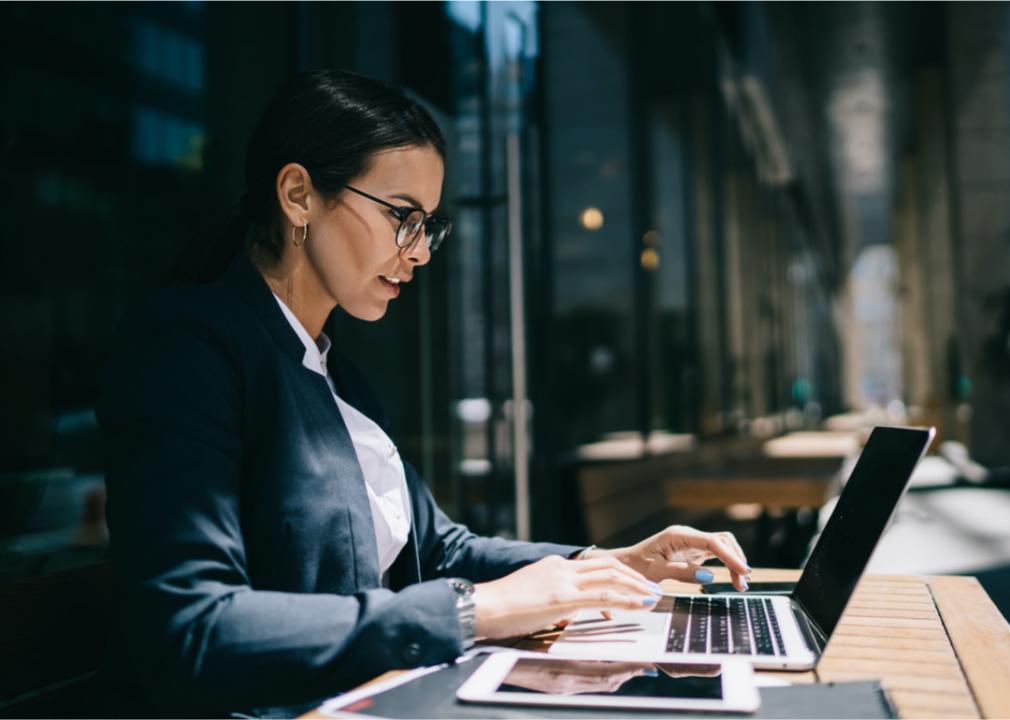 Women have long received unequal pay in the American workplace, trailing men in terms of wages, overtime, opportunities, and promotions.