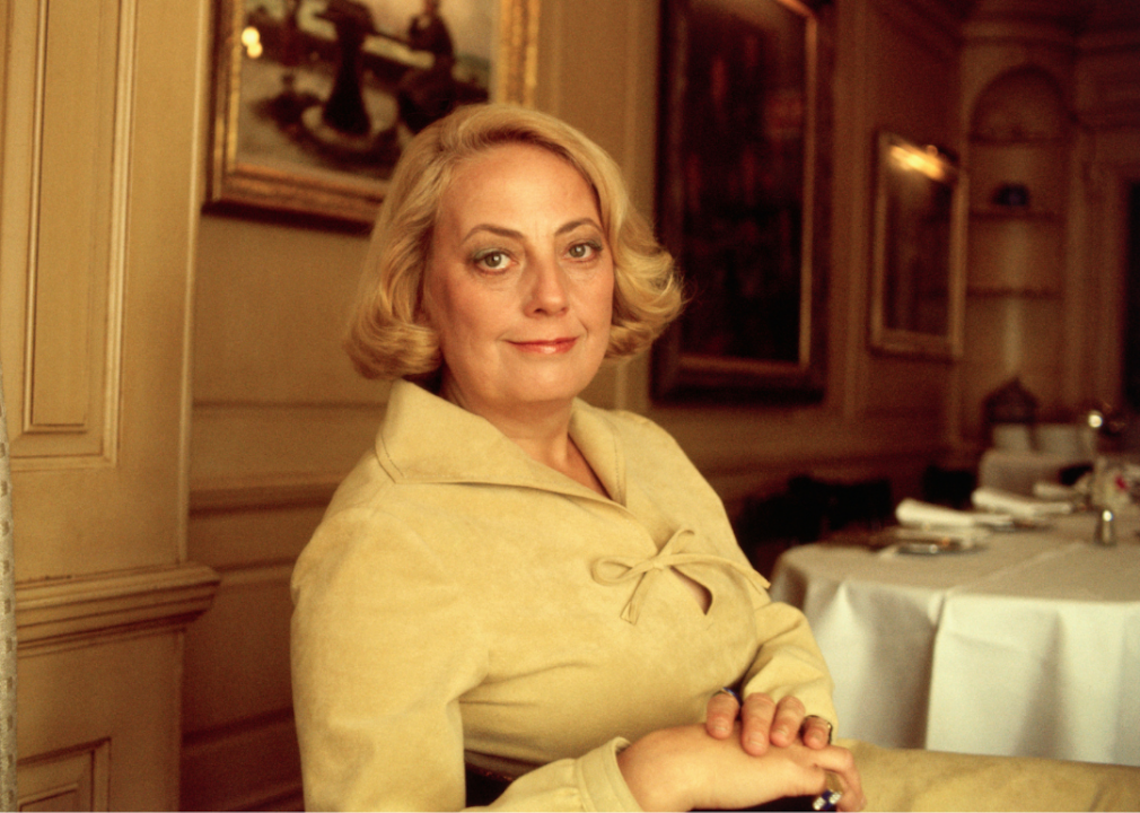 10 notable people who broke barriers in the business world

10 notable people who broke barriers in the business world

DEI—diversity, equity, and inclusion—has come a long way in the workplace and has gone from dream to reality, though many still fight for it. The changes in the labor force didn’t happen overnight. In the 1950s, women were relegated to roles that seemed feminine and focused on nurturing, such as nursing and teaching. High school girls were taught to cook, clean, and sew with the hopes of finding a husband. Minorities, including Blacks, Native Americans, and Hispanics, often saw opportunities for which they were qualified handed to others who were less ethnic, less female, and less diverse. The entrepreneurial spirit did not belong solely to white men though.

The gender wage gap has narrowed, due in large part to gender diversity initiatives in the 1980s and 1990s, and inclusion has come to include people of all ethnicities, cultures, and colors. Companies have made great strides to make sure they include everyone and do not discriminate. The glass ceiling that once seemed an impenetrable barrier has cracked—though there is still far to go. This couldn't have happened without the help of the trailblazers who found their foothold in industries where they often had to fight to be seen and heard.

Assemble compiled a list of people who, from the early days in the United States to the present, broke the glass ceiling across a variety of industries.

The pioneers on this list include two Black women self-made millionaires. They include a woman who fought for a seat on the biggest financial exchange in the world, and a Cuban man immigrant who brought prosperity to a well-known American corporation. They are leaders, activists, and forward thinkers who would not stop no matter their race, ethnicity, or gender.

The early part of Mary Ellen Pleasant’s life is uncertain, and many historians have questioned whether she was a slave at some point. What is known is that Pleasant was an abolitionist who helped other slaves escape on the underground railroad and was believed to have helped fund the 1859 raid on Harpers Ferry, Virginia, which was intended to start a slave revolt across the South. After her first husband died, leaving Pleasant a sizable inheritance, she moved to San Francisco and made a name for herself as a wise investor, who became a self-made millionaire by using tips she gleaned while working for wealthy white families and keeping an ear open. Though she was a powerful Black woman in the gold rush era, she was still impacted by racism. When refused a spot on a streetcar, Pleasant sued the company, and the case went all the way to the California Supreme Court that ruled segregation on streetcars was unconstitutional.

Born in Huntsville, Alabama, to freed slaves on Dec. 25, 1868, Ottowa W. Gurley was largely self-educated. After teaching for some time, Gurley took a job with the United States Postal Service, though he longed for more. Hoping to find opportunity, he joined other homesteaders in the 1889 Oklahoma land rush and it paid off. Gurley founded significant wealth by starting and supporting many African American businesses in the Greenwood district of Tulsa, Oklahoma, which became known as Black Wall Street. He helped build a town where African Americans were able to live freely and prosperously, until 1921 when an angry white mob descended on the Greenwood district, looting and rioting, in what is now known as the Tulsa Race Massacre. Gurley lost his fortune, though the strides he made as a Black entrepreneur in Tulsa continues to inspire other Black entrepreneurs today.

What prompted entrepreneur and philanthropist Madam C.J. Walker’s success was her own hair loss. Her international hair care company not only made her a millionaire, but it helped to bring opportunity to other Black women. Her company allowed these women to make money as stylists and saleswomen. Walker’s own life was filled with hardship. Born in Louisiana to freed slaves in 1867, she would be an orphan by 7, a widow with a young child by 20, and worked as a washerwoman for years. Madam C. J. Walker’s Wonderful Hair Grower became her top-selling product, and she marketed and sold the Walker Method across the country in a time when segregation made travel difficult for African Americans, particularly women. Though Walker amassed a sizeable fortune, opened a factory and salon, and was considered the first Black woman self-made millionaire, she never forgot her roots. She continued to help the poor and fight for Black rights, even taking part in causes and organizations like the NAACP and the National Conference on Lynching.

Before launching Black Swan Records, the first Black record label, insurance and record industry executive Harry Pace worked with composer and musician W.C. Handy at the mutually owned Pace & Handy Music Co. The company published sheet music by Black composers, including Handy. Pace’s successes were not just entrepreneurial, and after studying under activist and sociologist W.E.B. Du Bois at Atlanta University, Pace believed in “The Talented Tenth,” which stated that if society invested in the most talented people, their fortune and achievements would inspire the entire African American community. The inspirational Black activist also helped found the Atlanta chapter of the NAACP, serving as the chapter’s first president. Facing setbacks became common for Pace, though, as he tried to navigate in what was a white industry, or had been until he gave rise to the Black voices he recorded on his label. While he was a true pioneer in the record industry, white record labels began to sign more Black artists, and Pace sold Black Swan’s catalog to white-owned label Paramount Records in 1921.

Born in 1908, Mary Golda Ross had a strong Native American lineage and her great-great-grandfather, John Ross, was a chief of the Cherokee Nation, with a long history of fighting for his people. Ross became one of the first Native American engineers. Not only was she employed by Lockheed Martin as one of the only women mathematicians, but she also went on to work for the top-secret think tank Lockheed Martin Skunk Works. The only woman engineer in the group, she was well-respected by her male colleagues. Later Ross went on to work for NASA helping to author the “NASA Planetary Flight Handbook Vol. III.” After retiring, she helped to inspire and mentor other Native American women in the field of engineering.

A force on male-dominated Wall Street, Muriel Siebert was the first woman to buy a seat on the New York Stock Exchange in 1967, and she also ran Siebert Financial Corporation, her own firm. A staunch supporter of other women, she donated millions from her own business to help women in business and finance. No stranger to the sexist, male-dominated finance industry, Siebert fought against sexism in Manhattan’s social clubs and faced significant barriers when she tried to purchase her seat on the Exchange. Turned down by nine men who refused to sponsor her application, the 10th said yes. A pioneer for all women in finance, Siebert paved the way by being many firsts including the first woman to operate and own a brokerage firm that was a New York Stock Exchange member.

While Brownie Wise did not invent Tupperware, she brought it to the homes of American housewives and made it a household name, and she did it all as a single mother and breadwinner. Once an advice columnist and a secretary, Wise started Patio Parties, a business to sell Tupperware. She also recruited other women to sell the plastic storage containers in their homes by hosting Poly-T parties. Earl Tupper, who invented Tupperware, hired Wise as vice president in 1951, a high-ranking position for a woman at the time, and she took over marketing and sales for the company. Wise listened to the women who worked the home parties and took their suggestions to heart when thinking about the marketing of Tupperware products. A confident woman ahead of her time, Wise was fired by the company in 1958, only given a year’s salary worth $30,000 as severance, though her home party model has served as a blueprint for many other companies’ sales and marketing, including Mary Kay.

Helen Gurley Brown, the feminist pioneer who lived to the age of 90, wrote “Sex and the Single Girl” in 1962, revealing that not only did unmarried women have sex, but they—like unmarried sexually active men—enjoyed it. As editor of Cosmopolitan magazine from 1965 until 1997, Brown continued to speak out about sex. Brown changed the face of the magazine and the Cosmo Girl became an independent, sexual woman. According to the New York Times, Brown pushed Cosmo’s circulation to close to 3 million during the 1980s.

Cuban immigrant Roberto Goizueta served as the youngest vice president in the Coca-Cola company’s history. He was 35 when he became vice president of technical research and development, and he went on to become a well-respected businessman who led Coca-Cola to unheralded prosperity. According to Emory University, under his leadership, the company’s stock market value grew from $4 billion in 1981 to $145 billion in 1997. Emory named its business school Goizueta Business School after the enterprising business leader. Though he died in 1997, Goizueta left behind his legacy when he established The Goizueta Foundation in 1992 to help and encourage young leaders.

Beth Ford has worked for Land O’ Lakes since 2011 and was the first woman in the company to be appointed chief executive officer in 2018. Coming from humble beginnings, Ford was one of eight children born to working-class parents, and the executive once worked as a janitor to help pay for college. When Ford became CEO, not only was she one of only 25 women to run a Fortune 500 company, but Ford was also openly gay. She and her wife, Jill Schurtz, who is the CEO of the St. Paul’s Teachers’ Retirement Fund, have three children. Ford has gone on record saying that she has never been discriminated against in the workplace for her sexuality or gender, though she did tell CNN, “I had made deliberate decisions for some places where I felt as though it may not be as friendly. I said, ‘The job looks great. You’re a wonderful leader. I can’t be here because I don’t think this will be great. My spouse is a woman, and I have a daughter.” 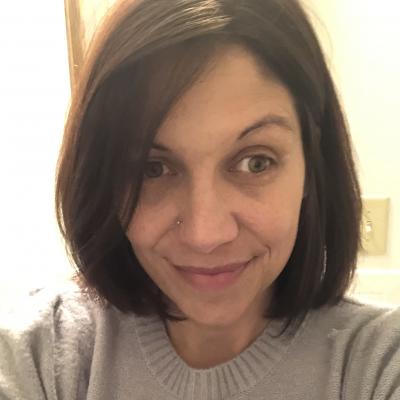 Nicole Johnson
Nicole Johnson is a freelance writer whose work has been featured in National Geographic, Al Jazeera, SELF, The Huffington Post, and The Washington Post. A proud GenXer, Nicole loves pop culture and horror films and continues to work on writing fiction books about the strangeness of life in the suburbs.